Succesful Individuals And The Partners That Supported Them

"Behind Every Successful Man, There Is A Strong Woman"

No one ever makes it on their own...even if they tell you they did.
At some point during their rise the succesful individuals we see today needed others to give them their first chance or the courage it takes to carry on.
Entrepreneurship can be a lonely place at times and the burdens that come with it can be overwhelming.
It is no coincidence that some of the most succesful entrepreneurs have strong support networks typically from the partners who have stayed strong for them through the thick and the thin. 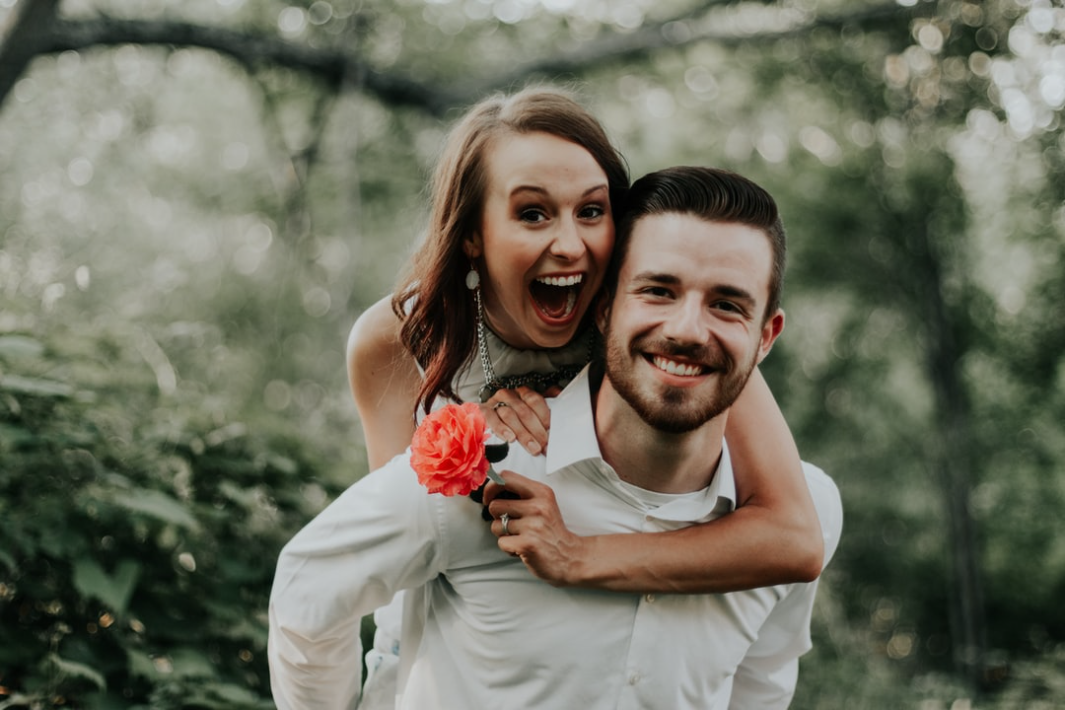 It's not easy building one the biggest technology companies of all time but one thing is for certain...it's going to take up a lot of your time.
Billionaire Bill Gates was known for being a workaholic during his time at Microsoft where he was always the last one out of the office.
He wouldn't take holidays and even worked on the weekends...the guy was relentless. He was so focused on his craft that when he asked out his co-worker and future wife, Melinda French, he arranged it for "two weeks from Friday". (She mentioned that he has become more spontaneous over the years).
ADVERTISEMENT
The technology sector is one of, if not the, fastest moving industries in the world.
Over the years Microsoft has gone through a number of changes to adapt to new innovations and developments.
Not only has Melinda been there to support her husband during these turbulent times in the business but she has also been there to remind him that the world is not just software and microchips.
The couple now focus on humanitarian causes which include control infectious diseases around the world through the Bill and Melinda Gates Foundation.

Philip Green is a UK entrepreneur best known for owning Top Shop, Miss Selfridge, Dorothy Perkins and Burton through his company, Arcadia.
The billionaire has been involved in the fashion industry since the 1980s.
His domination of the UK high street during the 1990s and 2000s led to him gaining a reputation of notoriety in the media especially when he transferred his business interests over to his wife Cristina who was a resident in the tax haven of Monaco at the time.
ADVERTISEMENT
The pair have been together through thick and thin since they met back in 1985. They married in 1990 and have two children together, Chloe and Brandon.
Given the structure of Arcadia, Lady Green is now one of the richest women in the world and at last count was worth over $2.1billion.
Both are frequently in the UK media, usually for all the wrong reasons, but nevertheless they have kept their marriage together despite all the media attention and scandal.
ADVERTISEMENT

The Founder of luxury scented candle maker Jo Malone didn't get to where she is today the easy way.
At the early age of 11-years-old, the multi-millionairess had to learn very quickly how to be the breadwinner of the household. Her father had left their family and her mother had become seriously ill so it was up to Jo to look after her mother and her sister.
She founded Jo Malone in 1983 and sold it to Estee Lauder in 1999 in a multi-million pound deal.
ADVERTISEMENT
Supporting her throughout the early years of the company was her husband Gary Willcox who she married in 1985.
Jo decided to sell the company she had started from scratch in order to spend more time with her son Josh and after the couple had decided that the company was taking up too much of their time.
Both of them have been there for each other during a number of health scares in recent years. Jo herself underwent a period of chemotherapy treatment after she was diagnosed with breast cancer in 2003.
The wedding vow "in sickness and in health" describes how much the support of a partner can be indispensable whether its in business or in life.
ADVERTISEMENT

Everyone loves Tom Hanks.
Whether you know him as the voice of a loveable Sheriff called Woody in Toy Story or for his Oscar winning performance as Forrest Gump, he is one of the most famous names out of Hollywood who is known throughout the world.
However, unlike so many of his colleagues in the movie industry he and his partner Rita have managed to keep their marriage strong throughout the actor's success.
ADVERTISEMENT
How many times have we seen it? An up and coming star who is married to their childhood sweetheart end up divorcing and end up having a list of relationships longer than your arm.
Hanks' personal life has not been good for gossip magazine and doesn't get praised often enough but the they really have achieved something unique in the industry there are in.
The pair married in 1988 and have two sons together, Chester and Truman.

The Gap was founded in 1969 in San Francisco by husband and wife Don and Doris Fisher.
They had seen a "gap" (pardon the pun) in the market for a store that specialised in men's Levi jeans which could cater to all sizes. They also started to sell records and tapes to appeal to the youth market they were targeting.
The growth of the company was unbelievable as within 3 years they were operating with 25 stores and by 1975 they had gone public.
ADVERTISEMENT
Gap's extraordinary success continued throughout the rest of their lives as the couple were worth over $5billion when Don sadly passed away in 2009 at the age of 81.
The business-partners had 3 children together, Robert, William and John and are the epitome of the American Dream - building a successful business and family together from scratch and their story still serves us with inspiration to this day.
ADVERTISEMENT

She is best known for her phenomenal acting ability which has seen her accumulate the most nominations for Oscars in the prestigious award ceremony's history.
However aside from her remarkable performances as Margaret Thatcher in the Iron Lady or as Zofia Zawistowski in Sophie's Choice, Streep has also achieved something that is not common amongst her Hollywood counterparts.
She's managed to be marry someone for more than a year!
ADVERTISEMENT
Streep met her husband Don Gummer in the late 70s where he was working as a sculptor. They married in 1978 and have been together ever since.
The couple have four children together, Henry, Mary, Grace and Louisa and in an industry where splits and broken families have become the norm, the 71-year-old's family stands out as perhaps her greatest achievement.
Despite being the Queen of Hollywood it is often said that Streep remains grounded to this day...she could just be acting though!
ADVERTISEMENT

Oprah has had a tough time when it comes to her love life.
The 66-year-old became a household name during the 90s following the tremendous success of her day time talk show, The Oprah Winfrey Show.
However before her success Winfrey had experienced a number of relationships during her 20s that had left her in a state of depression and a drug addict.
ADVERTISEMENT
It was not until the mid eighties when she was building her TV empire that she met Stedman Graham who she has been with ever since.
Although Winfrey decided not to have children and has never been married she has ultimately benefitted from being in a stable relationship with her long time partner of nearly 40 years as during that time she has built a media empire where she is now worth approximately $3.5billion.

Aussie heart-throb Hugh Jackman is consistently voted near the top of the "Sexiest Males" charts in all the women's magazines. The Hollywood star's ripped physique (from his role as X-Men character Wolverine) and his cheeky "aussie" sense of humour makes him a favourite with the opposite sex.
Despite his charm and good-looks the 52-year-old is quite a private person when it comes to his family which includes his wife Deborra, whom he married in 1996 and their two children, Oscar and Ava.
ADVERTISEMENT
The pair met on the set of Corelli, an Australian based TV series in the 1990s about a criminal psychologist Louise Correlli, played by Lee-Furness.
"Debs" is 12 years her husband's senior but even after 25 years together and at the age of 64 she still looks amazing and has been a rock for her husband throughout the most succesful period of his life.
ADVERTISEMENT

Building a succesful business from scratch is always an impressive achievement. Doing it with your partner and supporting each other during the tough times whilst raising a family is just showing off.
That is the story of Do Won and Jin Sook Chang who founded the fashion retailer Forever21 back in 1984 in Los Angeles.
At the company's peak in 2015 the couple were worth nearly $6 billion as they were operating out of 600 stores with 30,000 employees.
ADVERTISEMENT
However, in 2020 disaster struck as the company filed for bankruptcy wiping billions of dollars from their finances as the entrepreneurs are now "only" worth $1.6billion.
The South Korean immigrants have faced harder challenges than that of the recent bankruptcy as when they moved to California in the early 1980s they lived from pay-check to pay-check just trying to make ends meet.
36 years later they have built a multi-billion dollar brand and have raised two daughters, Esther and Linda, who are already demonstrating their parents entrepreneurial spirit.
ADVERTISEMENT

Mark Zuckerberg is the Harvard student who in 2004 changed the way we use the internet.
After creating Facebook from his dorm room and subsequently dropping out of college in order to take advantage of the site's immediate success, Zuckerberg moved to California to see how far his idea could take him.
He's now worth over $100 billion so safe to say it took him a long way.
He met his future wife Priscilla whilst in college in 2003 just before he started Facebook.
ADVERTISEMENT
Such was the drive and focus to make Facebook work that Zuckerberg put his personal life on hold whilst he built the company up as quickly as possible.
It wasn't until 2010 where he would rekindle his relationship for Chan whom he would marry 2 years later.
The couple have a daughter together, Maxima and whilst Zuckerberg's daily schedule won't be as demanding as the early days the couple have started to focus their efforts and wealth on helping to eradicate poverty throughout the world. 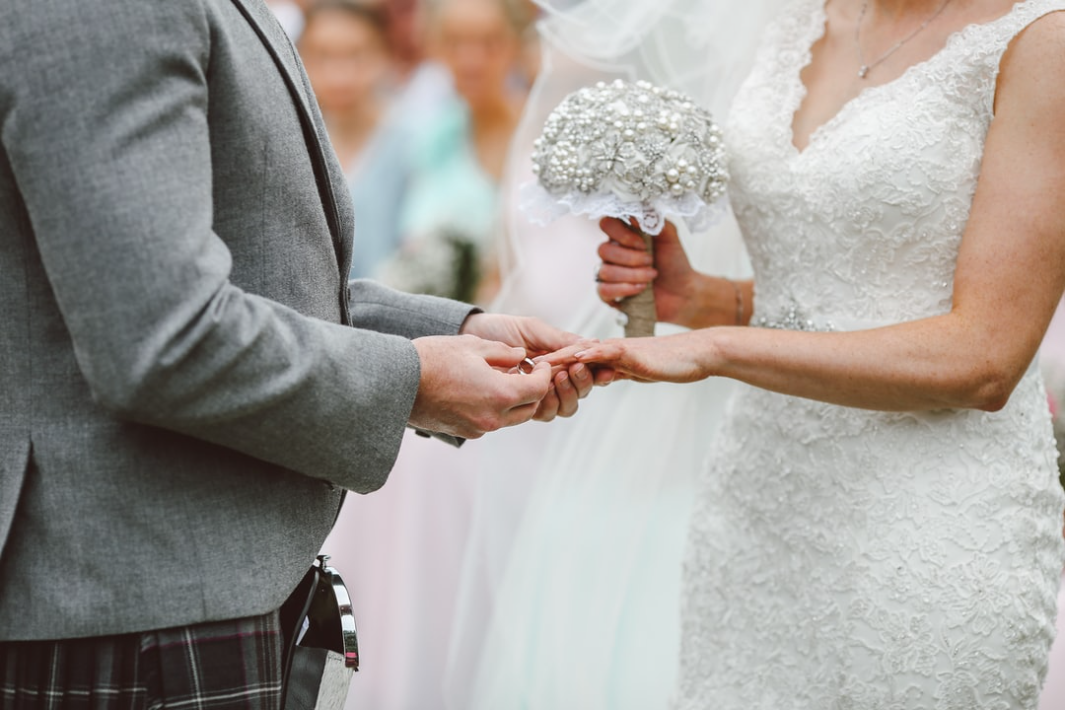 Family support is one of those things that cane easily be taken fore-granted. You don't notice it until it's gone.
Finding the right partner and building a future someone who supports you at your worst moments can be one of the most powerful ingredients to a successful life as these couples have shown.
What do you think? Is it possible to achieve everything by yourself? Comment below and let us know
ADVERTISEMENT

Albert Gubay: The Welsh Billionaire You Never Heard Of
people

The YouTube Dad Who Started In March 2020 Now Has 2.8 Million Subs
case-study

How Burger King Mastered Soccer Marketing In The UK
business

Test Your Knowledge Of The Biggest Selling Artists Of All Time
people
How Much Do You Know About The Worlds Wealthiest People In 2020?
people
How Well Do You Know These Logos?
business
ADVERTISEMENT