Businesses That Changed Their Original Model

Getting Started Is The Most Important Step

If you dream of one day running your own business and being your own boss then start now even if you think your idea is not good enough.

Some of the biggest businesses in the world today didn't have amazing products right at the start but it was their ability to change and adapt to their customers is why they became successful. 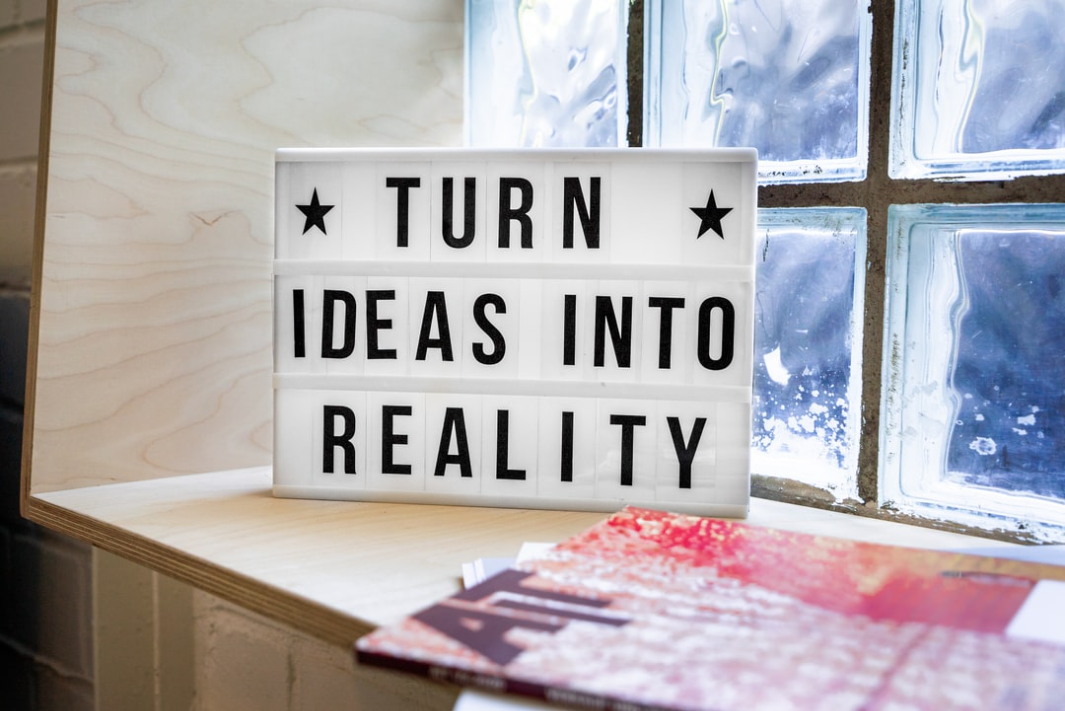 Shopify Was Originally For Snowboards

Back in 2004 Tobias Lütke was a lowly web developer who had a passion for snow boarding. After recently moving to Canada he and a few of his friends decided to start an online store selling snowboards.

After becoming increasingly frustrated with the poor service and user experience Lütke put his programming knowledge to the test and within two months he had built his own e-commerce platform to sell snowboards.

Within a few years the young German-born computer programmer realised that he had stumbled on a solution that was applicable not only to snowboarding but to all online businesses.

Within a few years he had changed the site to Shopify and had built the necessary functionality to allow users to create their own online stores instantly.

Lütke saw an opportunity and seized upon it but it wouldn't have come about unless he put his idea on the web as soon as possible.

Nintendo is best known for its pioneering influence on the video game industry during the 1980s but the company was actually founded back in 1889 by Fusajiro Yamauchi.

With the invention of the microchip years away what was it that the company sold?

Before the days of Super Mario and Donkey Kong the company sold playing cards called "Hanafuda" in Japan.

The cards were hand painted on tree bark and became very popular around the world.

By the 1950s the company tried to expand into different markets including their own taxi service, tv network and even a food company.

Having failed at all of these new endeavours the company tried one more time to reinvent themselves before going bust and started selling children's toys.

The rest as they say is history.

If you need any evidence that you can change the nature of the business as it you go along then Nokia is the example you need.

Similarly to Nintendo of Japan, Nokia was founded way before the digital revolution of the 20th century which made them household names.

The telecoms giant was founded in 1865 in the Finnish town of Tampere as a paper mill.

They even produced their own toilet paper!

However, it wasn't until the turn of the 20th century that the company branched out into to other markets including electricity production and rubber manufacturers.

In the late 60s and early 70s, after a restructuring of all of the company's divisions Nokia started to play an active role in the electronic market.

It was the innovation during these early days of digital technology which enabled them to become a market leader and after acquiring Ericsson Information Systems in 1988 they went on to become a world leader in the 1990s for mobile devices.

Fashion brand Abercrombie & Fitch was founded in 1892 in New York by, you guessed it, David Abercrombie and Ezra Fitch.

It was a far cry from the trendy outlet that we know today as back then it was the brand of choice for wealthy businessmen who wanted to stock up on their shotguns, fishing rods before heading out into the country.

They even had a shooting range in their store.

Despite becoming a favourite for a number of prominent men such as Ernest Hemingway, disaster hit the company in the mid 70s when they were declared bankrupt.

In an attempt to revive the failed business Limited Brands took over the operation in 1988 focussing on clothing for a younger audience.

Limited Brands had become somewhat of a "turnaround" specialist - notably with that of Victoria's Secret and Abercrombie & Fitch's experience was very much the same.

With a mass appeal to a younger audience and high quality garments, Limited Brand's revival was complete as the 90s saw the most succesful period in the companies history resulting in public offering on the New York Stock Exchange in 1996.

The multi-billion dollar cosmetic company was founded in New York 1892 by David McConnell the son of Irish immigrants.

At the time McConnell was selling used books from door to door. After struggling to get his "foot in the door" (no pun intended) he noticed that his main customers were housewives and in an effort to grab their attention he started offering free samples of perfume and cosmetics before he pitched his products.

Realising that there was more interest in the perfume than the books he gave up on his books and set up Avon.

As with many succesful entrepreneurs McConnell was not tied to being a book salesman even though they are always a good thing to sell - Jeff Bezos will testify to that.

He saw that there was an opportunity in another marketplace completely where he had no previous experience or expertise but still decided to go into it. His genius move was to hire women to become sales representatives for the company as he soon realised they were the best marketers for his products.

The company is now a leading player in the cosmetic industry and has millions of sales men and women across the world.

In 2009 2-year-old Kevin Systrom was a Bourbon and Whiskey enthusiast who wanted to find out where the best places were in California to drink.

The Stanford graduate created the an app called "Burbn" where users would post pictures of their favourite tipple before tagging the bar and which area they were in.

The side project started to become serious when the self-taught coder met two Venture Capitalists (VC) in a chance meeting at a party for another startup company called Hutch.

After securing $500,000 from the VC's Systrom set about developing the Burbn brand with his friend from college Mike Krieger.

The trouble was that there wasn't that much enthusiasm for the App as there just wasn't that many Bourbon fanatics in the area.

However, what was a big hit with their users though was the image and comments functionality together with the custom filters.

The pair decided to strip the whole app to just these popular features and renamed it Instagram.

All in their late 20s the trio were obviously finding it hard to meet women in the tech industry as they registered the domain YouTube.com on Valentines Day 2005.

Chad Hurley, Steven Chen and Jawed Karim wanted the site to be for casual hookups - like Tinder but at the start of the social media revolution.

The dating part of the site never took off but their video upload service was very easy to use. Similarly to the story of Instagram the tech entrepreneurs redesigned the site purely for video uploads and YouTube was born.

It's 2005 and for those who can remember uploading and watching videos online was not the walk in the park that it is today.

With an easy to use interface the platform made it accessible to the non technical crowd which was one of the major reasons for its success.

The video sharing platform grew exponentially and after just six months they were achieving millions of views a day making it one of the fastest growing websites on the internet.

Such was the impact the site was making on the industry in late 2006 Google purchased it for over $1.5 billion.

Like so many companies in the tech industry Samsung started out as a small and humble business but unlike most they started out selling dried fish.

Founded in 1938 by Lee Byung-chui the company originally traded in dried fish and general day to day groceries. However, the young and ambitious Lee wanted to expand his small and succesful enterprise into other new markets.

The adventurous Lee tried to penetrate the financial markets selling insurance but it wasn't until the 1960s when the company branched out into the electronics industry that business really did take off.

Lee sadly died in 1987 and whilst he did see the company he founded go on to achieve tremendous success he missed out on witnessing the mind-blowing growth the company achieved in the decades after his passing.

From their dominance in the microchip industry during the 90s to playing a major role in the development of smart phones in the 2000s Samsung is in the top 10 of the biggest companies in the world today.

Whilst at University in the UK in 2012 Ben Francis decided to start a fitness themed website after some initial success creating health based apps for the iPhone.

He started the site whilst balancing time between his studies and working part-time at his local Pizza Hut. Life was busy for the teenager but more importantly he was strapped for cash at the time and needed a way to make money online.

He decided to take a risk and put up for sale a number of protein supplements that he didn't actually have in stock.

Once a customer had purchased he used the money to buy the product from a wholesaler for cheaper.

It was dropshipping at its finest.

It took a while to get his first order but once the website was up and running the young Francis was hooked and didn't stop learning about website and driving traffic to them.

It was during this time he took a gamble and instead of selling supplements he saw an opportunity in the gym community for a unique brand of gym wear.

He set out with his sewing machine to produce his vision and as orders came in the company expanded quickly.

Using the "Influencer" model of marketing the company's product popularity skyrocketed as they have just announced a billion dollar valuation.

Xerox started out selling photography paper in New York at the turn of the century under the name The Haloid company. It wasn't until the 1930s that their business model and indeed their fortunes would change.

After backing an invention by Chester Carlson the company invested heavily into bringing his idea of a copier machine to the mass market.

After a number of years of trial and error and changing their name to Xerox it was in the 1960s that the company established possibly the most succesful invention of the decade as their revenues shot up overnight.

The cutting-edge technology behind the machines and its relative ease of use were huge factors in the products popularity from businesses all over the country.

With hundreds of millions of dollars coming through the door the company were essentially printing money as they became the gold standard in the photocopying industry. 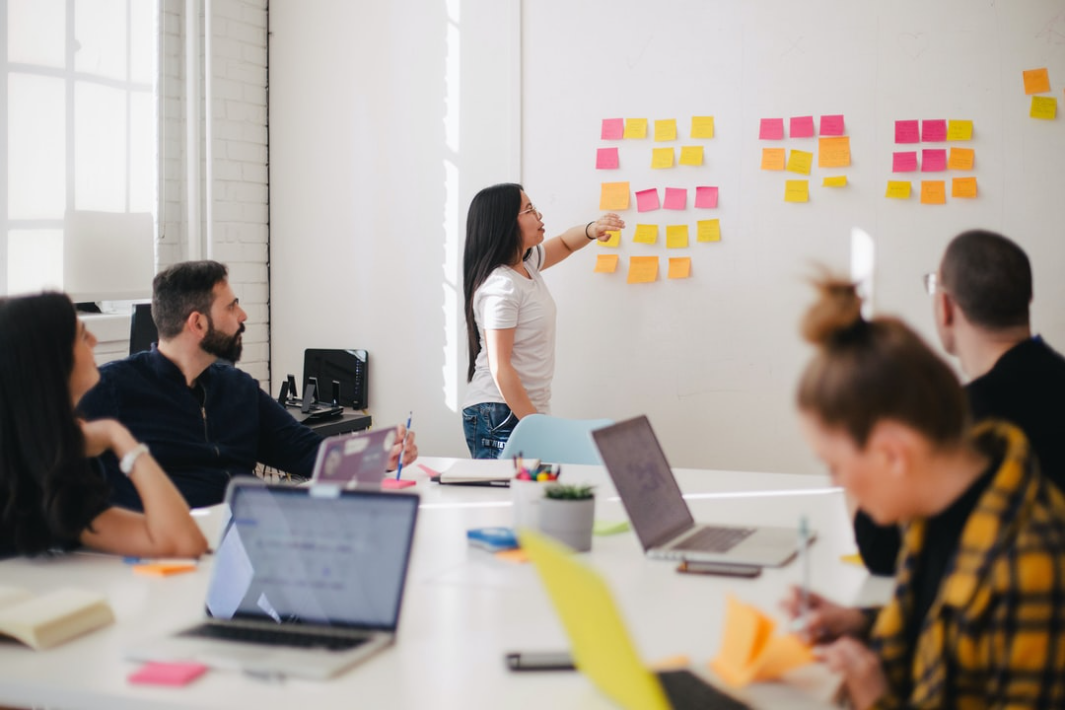 Starting a business is not about coming up with an amazing idea and then marketing it and becoming a success. Sure thats the aim but it never turns out like that as we have seen.

Put your ideas out there and see which one people like. If it doesn't work out try something new and keep testing and tracking your progress...eventually something will work.

Like Kevin Systrom of Instagram - he dropped his first idea and focussed on the things that were working - filters on users images.

However, in order to know that he had to get his ideas out there.

How Long Does It Take To Build A Website For Entrepreneurs?
business